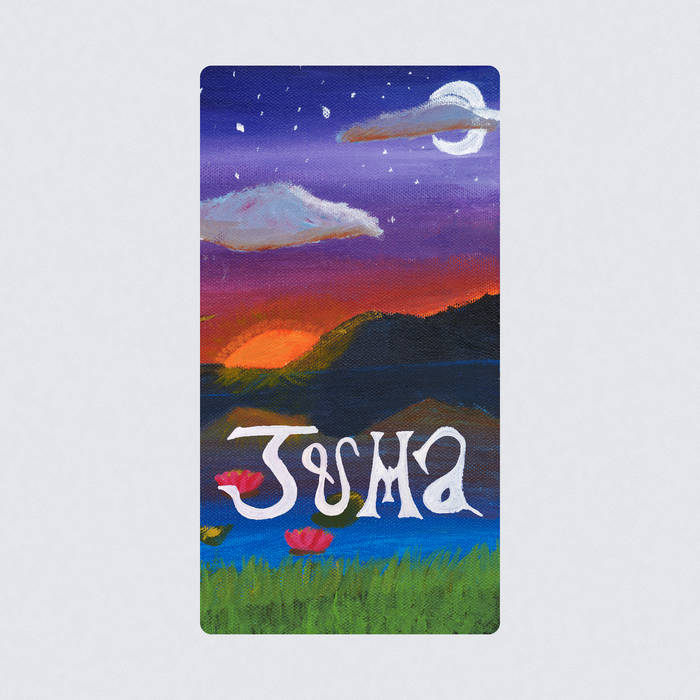 I was sitting at the kitchen table in our little $600 apartment in Montréal. It was the winter of 2018. Allyson had taken me in. We were broke but we didn't pay for heat. I was 24 years old.

I was reading Don Quixote, part I, chapter XL, the Captive's Tale. The Captive is imprisoned in Algiers and has fallen in love with Zoraida, the daughter of a wealthy merchant. She just sent him a letter about escaping together and becoming his wife.

My eyes rested on an italicized word: Juma. Friday’s prayer.

Time passed. I bought a garbage bag full of clothes from the basement of a church for three dollars and Allyson washed out the damp in the bathtub. I shaved my head for the second time in my 20s. I grew a moustache. I argued with Allyson, I made love with Allyson. I navigated capitalism. I considered monasticism, agrarianism, and hermeticism as alternatives. I attempted to exercise. I never listened to music.

I was reading the Tao Te Ching, the Bhagavad Gita, the Dhammapada, the sutras of Patanjali, the gospel of Sri Ramakrishna, Gandhi’s biography; books by Tolstoy, Sontag, Berger, Ram Dass, Easwaran, and Salzberg; memoirs and manuals on self-sufficiency, permaculture gardening, and natural building methods.

We moved to a larger apartment, and I found myself with a room of my own. I sat on the floor for a year and wrote.

During this time I became a vegetarian. I awoke before daybreak to meditate and pray. I started picking up stray garbage on the street. I consulted the I Ching while sitting on the toilet. I took a vow of celibacy without first consulting my sexual partner. I learned how to do a headstand. I quit drinking and smoking but continued using psychedelics. I fasted for days at a time. I stopped telling jokes. All of my relationships were falling apart.

I was having a spiritual awakening. I was psychotic. Either way, my consciousness was expanding.

Then, in March 2020, all of the people got scared. The organism was sick. I had recording dates booked at the beginning of April, but gathering had become illegal, so I cancelled the band and wrote a solo album instead. This became “...”.

I constructed a new band from the musicians I ran into on the street. I realized the first band would have never worked. The whole pandemic may have happened so I could correct this error.

Seb would engineer, Owen would play guitar, Yolande would play piano, with Jamie on drums, Morgan on bass, Mike on pedal steel, and Allie (Trails) singing on the one we wrote. It would all be recorded live with just a few microphones, and as little mixing as possible. A photograph.

We gathered for four days of rehearsals in October, masked, and in secret. There was an urgency and a fear. None of us had played with other people for eight months. We were sitting in a circle, surrounded by a void, the way humans have always been.

I booked five days of recording in November, a week after my 27th birthday. I promised myself I would not die and focused on preparing meals for the studio: squash and white bean soup, adzuki beans and brown rice, miso soup with seaweed and tofu, roasted veggies with hummus, and red lentil dal. Cabbage, kale, and cucumber salads. Fresh bread. Chicory, mint and chamomile tea. Apples and peanuts and raisins for snacks.

The first day we got comfortable. The middle three days we recorded from 10 in the morning until 2 or whenever I lost my voice. On the last day we ate cannolis and drank champagne and cried.

I had started drinking in October when Ally left to visit her mother in southern Ontario. I found us a cabin to rent in rural PEI and we decided over the phone that we were leaving the city for good.

I was cracking up, and I can hear it on the recording, but there's nothing I can do about it now.

I spent my evenings stumbling around the alleyways, weeping, smoking, drinking beer, and buying groceries for the people sitting on the street corners. I'd stay out until my feet went numb, or I threw up, or I couldn't bear to look at everyone bent against the cold.

Ally called and said her mother was coming with us. She had sold her house and bought another one 2,000km away without ever stepping inside it.

This was the plan: mix the album over three days in early January, take a train to southern Ontario, buy my father's minivan, get temporary Ontario plates, drive to Ally's mother's current house, pack up all of her stuff in a U-Haul, drive both van and U-Haul back to Montréal, load up all of our belongings, spend a night in Rivière-du-Loup before crossing the Atlantic Bubble, drive to Ally's mother’s new house in Nova Scotia, quarantine there for two weeks and chop firewood and re-insulate her attic, then drive illegally to an Access Nova Scotia kiosk to transfer my Québec drivers licence and register the minivan for plates, drive with temporary Nova Scotian plates to PEI (having her mother mail us the legitimate plates once they arrive), quarantine for two more weeks, then spend March and April in an isolated cabin on an island while looking for a more permanent place to live.

That was the plan.

This is what happened: PEI closed their borders while we waited out a three-day snowstorm in Rivière-du-Loup. We ended up living at Ally's mother's house for five months while the housing market exploded in Nova Scotia. We drove to every place we could barely afford, only to find out they'd been sold sight unseen to somebody in Ontario. I got shingles from the stress. There was nowhere to rent and no one would give us a mortgage.

I Googled the symptoms of insanity:

- Inability to cope with daily problems in a healthy manner

- Problems with alcohol or drug use

- Loss of sex drive or hyper-sexuality

- Inability to perceive changes in one’s feelings, behaviour, or personality

- Withdrawal from friends and activities that once brought joy

- Unusual, intense feelings or no feelings at all

- Loss of initiative or desire to participate

- Intense fear of weight gain or concern with appearance

- Seeing or hearing things that other people can’t

- Frequent, vague physical ailments with no obvious cause

All of them, at different times.

We tore out wallpaper and floors and walls and carpet. Summer came and we swam in the ocean. I cut the grass while Ally worked in the garden. We made friends. Our savings disappeared at an alarming rate. I started feeling better.

Now it's 2022. I'm 28 years old. I spend most of my time trying to keep our house from sinking into the ground, trying to find some kind of lasting internal peace, trying to give whatever I can to the people around me, trying to navigate the chaos of our times with grace, trying to find a harmless livelihood without going broke, trying to plan an escape from society, and trying to be an artist without losing my mind.

I am grateful for it all.

If you listen to Juma, thanks. It took me four years to make. If you watch the videos, know that I really just want you to listen to the record, but I understand if you benefit from a visual aid.

If you read this, know that I'm out here in your world, hoping you are well.

Thanks to everyone who helped. I needed you, and I love you.

Additional thanks to the Canada Council for the Arts and the Conseil des arts et des lettres du Québec, who paid for everything.