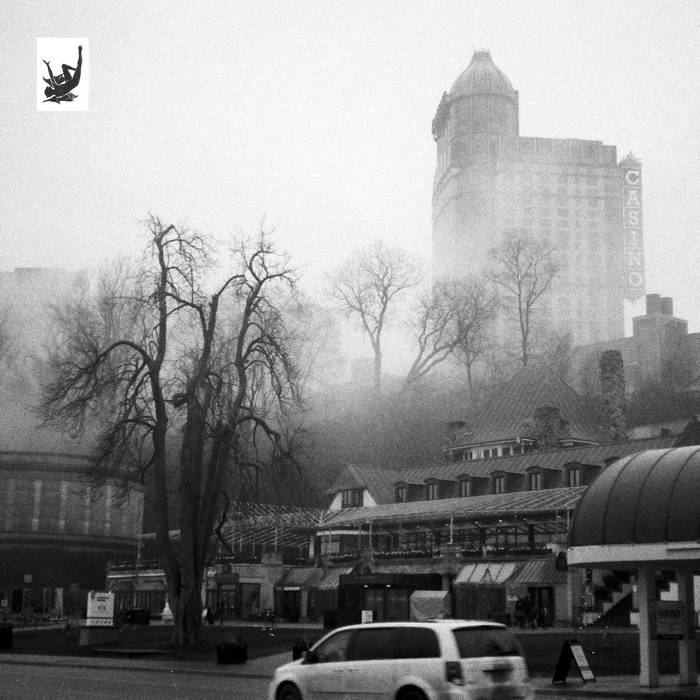 Nick Green Diane’s wrapped in ink stained bed sheets,looking like a poet’s muse,and she writes with such intensity, that her hand’s becoming bruised ...... Favorite track: Diane in the Morning Light.

I share with you my third album, titled "...". You can pronounce it "ellipsis" or "dot dot dot;" either works.

These songs were written in the span of a few weeks last March (2020), during the first wave of the Coronavirus. Like a wave, too, the words came crashing in, drowning me completely for a time. If you listen closely, you can hear the uncertainty of the zeit beneath my fingers.

The album was recorded and mixed in three days. The accompanying hiss and warble is courtesy of an ancient MCI 2" tape machine we used to capture the performances. Apart from my partner Allyson's voice on "Diane," it's just me, whiskey, silence, and the odd word from engineer Seb Perry.

I'm not releasing it on vinyl because I've already lived through that fantasy, and it just doesn't make sense. But, if you write me a letter (isaacvallentin@gmail.com) and include your mailing address, I'll send you a paper response.

Now, about the songs.

"Diane in the Morning Light"
I wanted to write about a modern woman, independent; not in relation to men, love, or grief, as so frequently portrayed in folk ballads. I failed miserably: here is a song about a woman overcoming the loss of someone dear to her. We're all Diane.

"Winter Song"
A premonition: I flee from the city, and live as a peasant near the ocean. (N.B: it's looking quite likely).

"The Ballad of Nunangat"
This song focuses on (but is by no means limited to) the possible experiences of a young Inuk growing up in Nunavut or Nunavik between the 50s and the 70s. It’s a serious risk to make any statement from the perspective of a culture and history not one’s own, and I do not take this risk lightly, or without deep consideration. The intention of this song is to honour the lives and voices of Indigenous Canadians; the lyrics come from what I’ve seen and heard working in their company—I collected these words, I wrote them down, but did not invent their meaning. The Inuit "saimaqatigiingniq" translates to “when past opponents get back together, meet in the middle, and are at peace.” I hope this song may act as a small contribution towards our reconciliation. If I have been misguided or ignorant, then please accept my sincere apology. This effort comes from a heart full of love, longing for change. For more information about the history that this song concerns, I recommend reading the Qikiqtani Truth Commission’s "Thematic Reports and Special Studies 1950–1975."

"Three Scenes of the Apocalypse in Montréal"
I took two tabs of LSD and went to Parc La Fontaine on the first (barely) warm day of spring.

"Joe the Crow, Rusticoville"
A triptych portrait of my uncle John and aunt Isobel (and Joe, corvus errans), who used to have a flower farm on Prince Edward Island. (N.B: Isobel still operates as a florist and is oft found at her booth in the Charlottetown farmers market, at the back, next to the smoothie stand). The time I've spent in their company has been deeply instructive of how to behave selflessly in love, family, and community.

"As I Wake from an American Dream"
I thought it piquant to write 50 verses, and indeed penned nearly as many. For your listening pleasure, it has been edited down to just eight. The killing of George Floyd happened afterwards, though it fits into the picture seamlessly, as does the recent storming of the Capitol building. Hope illuminates the outlines of the shadows.

Album title considerations included Beautiful, Modern, Sexy; Waiting Room; New Gothic Pros; North America; The Wild World Itself is Holy; The Temple of Very Short Prayers; Portrait of a Young Man as the Artist; and Songs of Privilege. I settled on "...", as silence seemed the wisest choice.